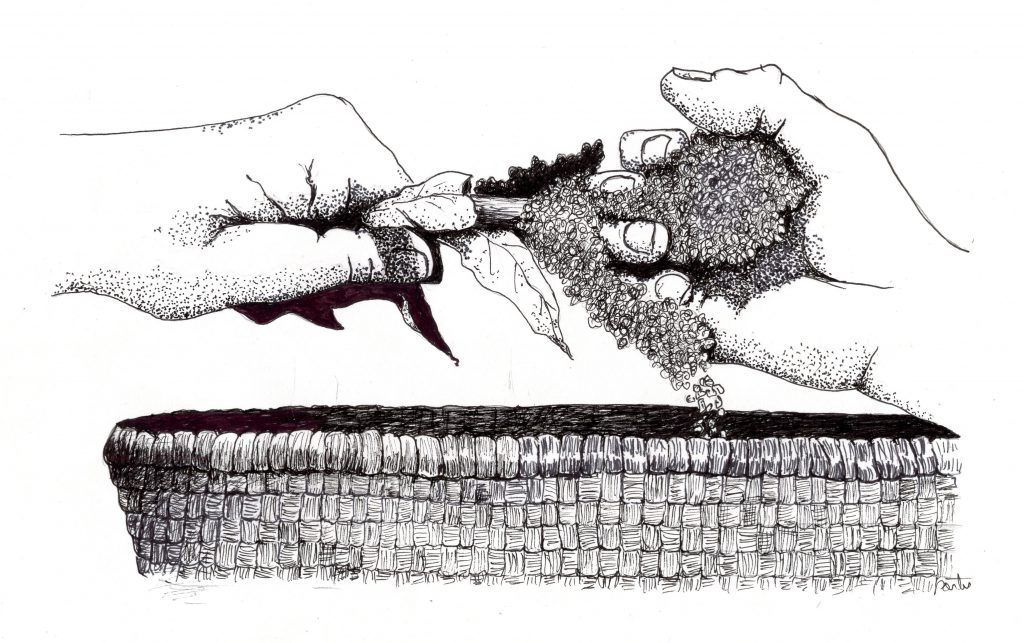 Lesson Two defines foodways and examines the cultural, nutritional, and economic practices related to what early foragers, or hunter gatherers, produced and ate in the southeastern United States between 9,000-650 BC during the Archaic Period. It focuses on Rockhouse Cave in Petit Jean State Park. Archeological sites in the Arkansas’s Ozarks, like Rockhouse Cave, contain well preserved plant remains that hold evidence of the foodways of Archaic Indians and later Indians. Students learn about the antiquity of the foods they eat.

The educator and student materials from the Gathering, Gardening, and Agriculture curriculum are included here to help make teaching easier. The activity sheets can be easily downloaded and photocopied. The PowerPoint includes all of the materials that may need to be projected while teaching this lesson. To request a copy of the curriculum, contact Nancy Smith at nms011@uark.edu or (479) 575-3556.