Viewed from the side, this pottery bowl takes the shape of a bird. At the rim is the modeled head of a bird with its beak facing the bowl interior. Excised areas highlight the beak and large circular eyes. The handle at the opposite side of the bowl is shaped like a tail. Three incised lines wrap around the rim, and the rest of the effigy bowl remains smooth. 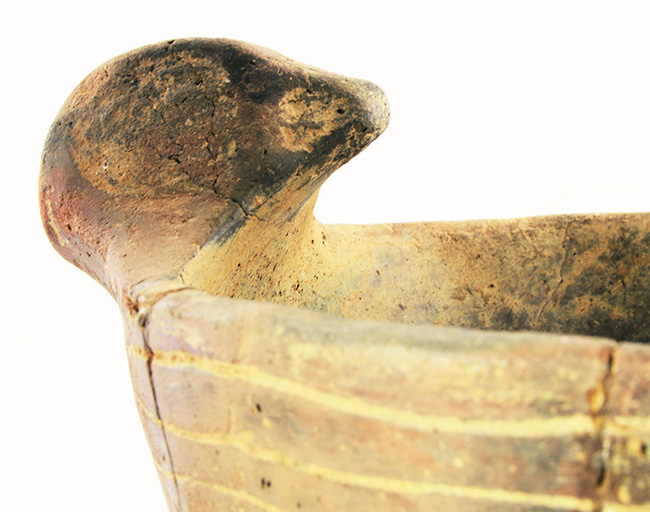 While most ancestral Caddo pottery has abstract decorations, effigy bowls take the form of humans or animals such as turtles, deer, fish, or birds. Do you notice several other bowls or fragments in the Hodges Collection with bird heads that feature large circular eyes and pointed beaks? Similar bird effigy bowls, with beaks facing in or out from the bowl rim, were made by contemporaneous potters from the Mississippi River valley to the Red River valley. Many have been interpreted as representing ducks.