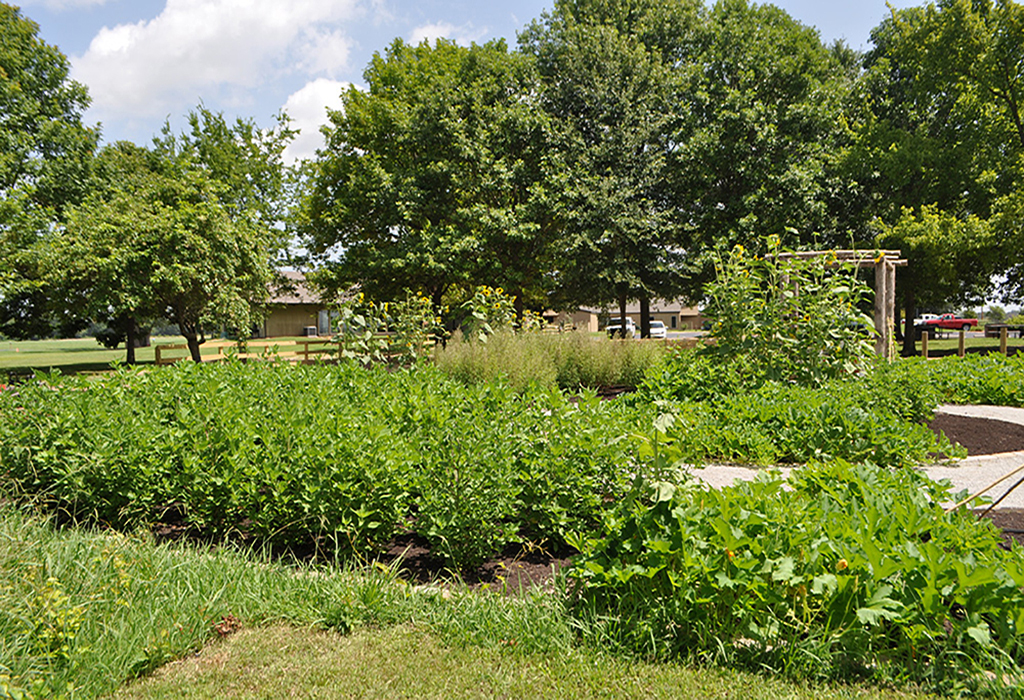 The Plum Bayou Garden at the Toltec Mounds Archeological State Park was first constructed and planted in 2015. This garden is a collaborative project of the Arkansas Archeological Survey and Arkansas State Parks, and was funded by a grant from the Arkansas Humanities Council and the National Endowment for the Humanities. The garden was created by former station archeologist and paleoethnobotanist Dr. Elizabeth Horton. The plants in the Plum Bayou Garden are species that were planted and tended by people during the time Toltec Mounds were being used (ca. AD 700 to 1000).  Known as the Eastern Agricultural Complex, these plants include sumpweed, goosefoot, maygrass, little barley, sunflower, erect knotweed, squash, and bottle gourds. 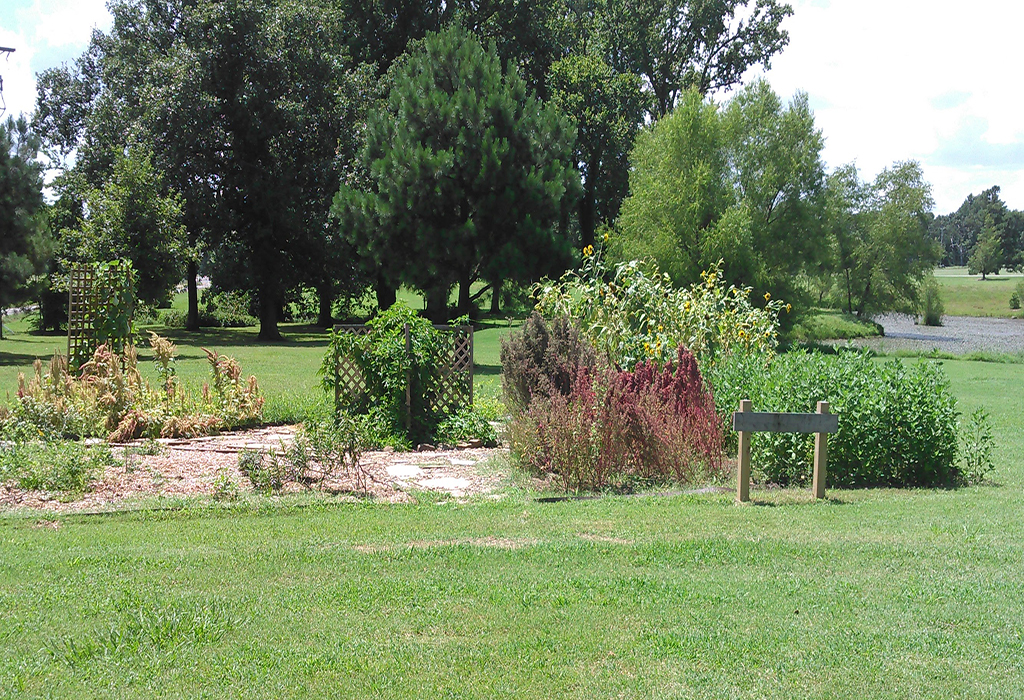 The Native American Teaching Gardens at the UA-WRI research station is a collaboration between the Arkansas Archeological Survey and the Winthrop Rockefeller Institute. First established in 2016, the Native Teaching Gardens at WRI include three different areas representing different plant procurement strategies used by native people in Arkansas. The plants in the Arkansas Native Plants Walkway area reflect wild plant food resources gathered by Native people beginning by at least 8500 BC The plants in the Eastern Agricultural Complex Garden are similar to the plants found in the Plum Bayou Garden at Toltec, and include native plants that were cultivated and domesticated by 3,000 years ago. The Mississippian garden showcases the nonlocal plants added to the list of plants used by people in the late prehistoric and protohistoric periods in Arkansas: corn, beans, and squash. 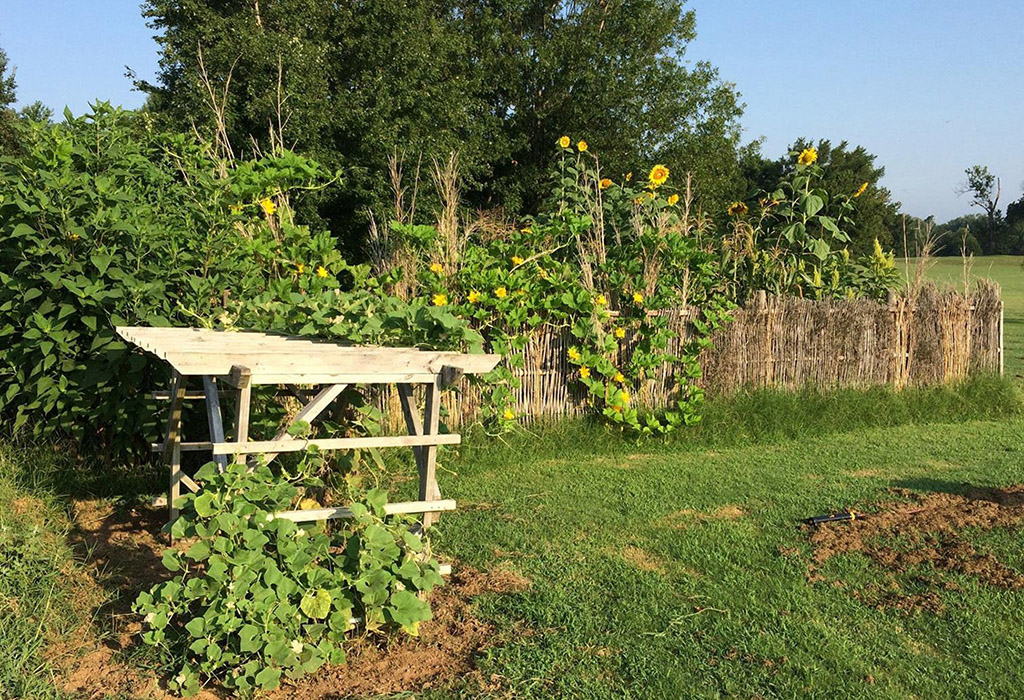 The Mississippian Garden at Parkin Archeological State park was first planted by park interpreter Dr. Melissa Zabecki in 2012, and greatly expanded in 2014 with a grant from the Department of Arkansas Heritage. People living at Parkin grew corn, beans, and squash. These plants are featured in the Mississippian Garden at Parkin, along with other plants that were eaten during the time such as amaranth, sunchokes, and sunflowers.

In addition to food plants, the Survey’s Native Gardens include plants that were used as fiber for making clothing, footwear, bags, baskets, and other containers. Fiber plants used by Indigenous people of Arkansas include milkweed, dogbane, and rattlesnake master plants. The inner bark of milkweed and dogbane were used to create cordage used in weaving cloth. The thick fibrous leaves of rattlesnake master were used for cordage as well. Bottle gourds, grown for thousands of years, were used as containers. 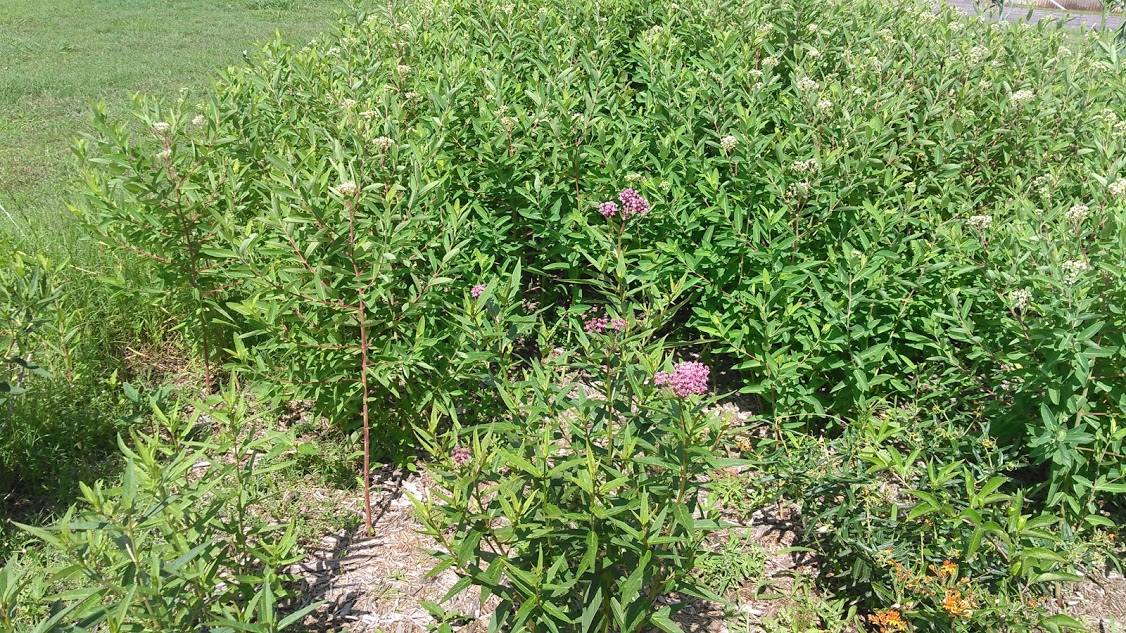 The Eastern Woodlands contain an assortment of edible wild plants that Indigenous people relied on for thousands of years. Even as people were domesticating native plants and growing non-native crops, they still gathered wild plants as an important part of their diet. We still eat many of them today.

Native plant domestication took place in Arkansas and the surrounding mid-South beginning about 3,000 years ago. These native plants are collectively known as the Eastern Agricultural Crop Complex. Extensive evidence for the use and domestication of these plants has been found in amazingly preserved collections from Ozark dry bluff shelters.

After around AD 1000, Indigenous people in Arkansas began to incorporate nonlocal crops that were domesticated in Mexico, and made their way to the mid- South via the Southwest. These crops included corn and squash, and eventually beans.