After about AD 1000, people living in present-day Arkansas began to introduce additional plants into their gardens.  Corn and cushaw squash along with domesticated amaranth came first, followed by beans a little while later. These plants were domesticated in Mexico, and were grown in the Southwestern United States before being adopted by people living in the Eastern Woodlands. Sunflower, a native domesticate, was grown for the oil in their seeds and sunchokes were harvested as a starchy root vegetable. Other native domesticated plants, fruits, and nuts and the hunted and fished proteins enjoyed by the earlier cultures continued to be important in the diet. They also grew non-food plants like rattlesnake master for fiber (for sandals, baskets, nets, and mats) and gourds (for containers and musical instruments). The Mississippian Garden at Parkin Archeological State Park features these plants. 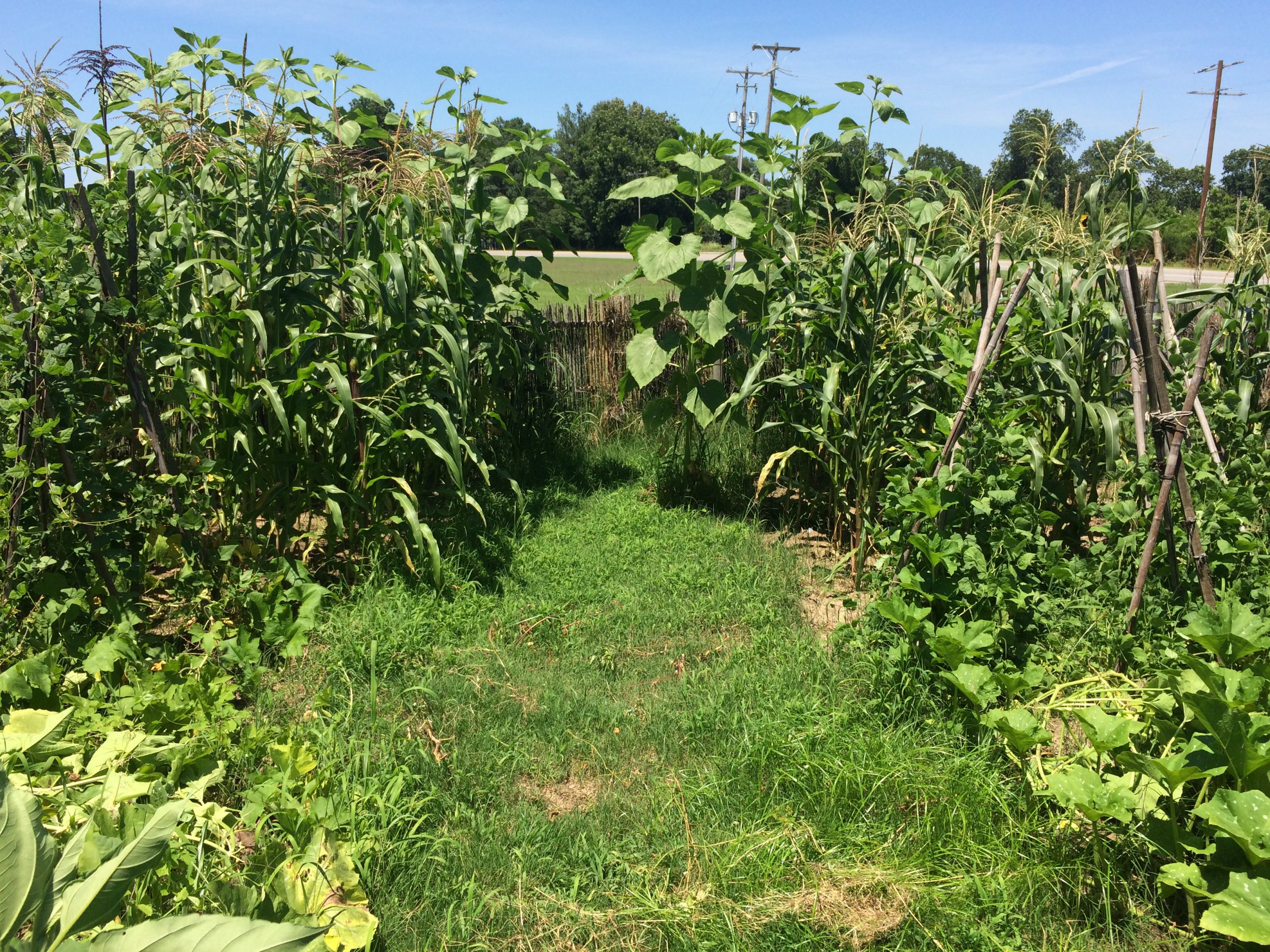 Harvesting at the Parkin Mississippian Garden

After the height of summer blooms have faded and the plants in the Mississippian garden at Parkin begin in dry out, it is time to harvest the edible produce from the garden. For many years the Parkin Archeological State Park has incorporated the garden’s harvest into a native feast in an event called “Casqui Foods Day”. 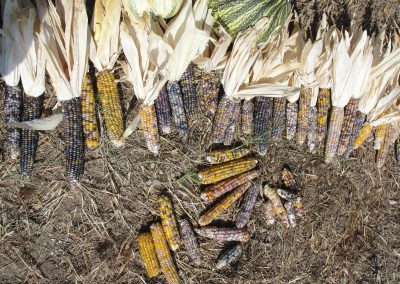 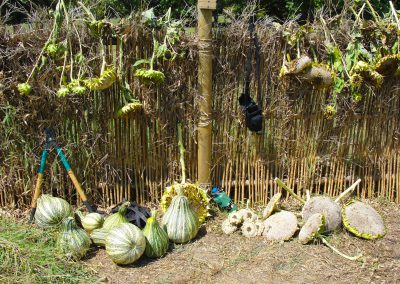 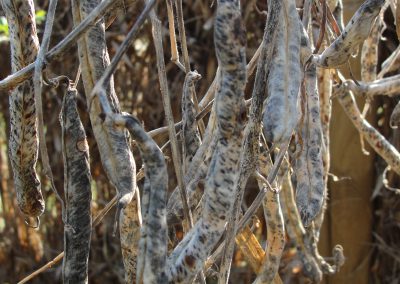 Beans dried on the vine 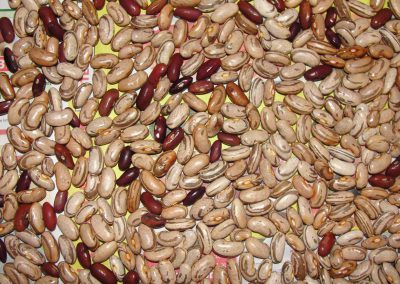 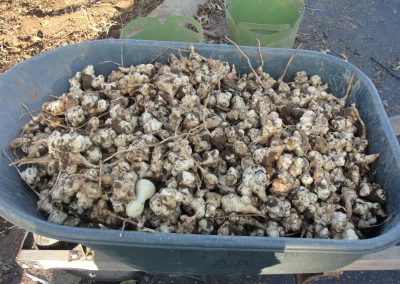 Parkin Archeological State Park is located along the St. Francis River in the Mississippi Delta, an area with forests and many lakes, wetlands, and swamps. During the Mississippi Period, around 650 years ago, Native Americans built the ceremonial center. Archeologists think that Parkin is one of several places visited by the Spanish explorer Hernando de Soto in 1541. The explorers wrote that the town was then called Casqui. They also wrote about the indigenous people the encountered, but because they stayed at Casqui for only a few days, they didn’t write much.

In the 1960s, archeologists excavating at Parkin found two Spanish artifacts that date to the 1540s. One is a small brass bell from a horse harness. The other is a multi-colored glass bead. De Soto and his men traded these kinds of objects with the indigenous people they encountered. The artifacts found at Parkin suggest that de Soto visited in 1541.

Parkin is a large ceremonial center where Native Americans lived between AD 1350 –1650. Little Rock is the capital of Arkansas today, and back then Parkin was the capital for many nearby towns. Parkin had a wall, or palisade, around it. The palisade surrounded the mounds and neighborhoods with dozens of houses. Outside the wall, there was a moat, or large ditch, that was filled with water from the St. Francis River.

The palisade and moat helped protect the ceremonial center from enemies. The Parkin mounds are made of dirt, piled one basket load at a time. The largest mound is flat on top, like the one at Toltec. It is taller than six men standing on each other’s shoulders. The chief lived on top of this mound. The area where people lived contained dozens of houses and other buildings for storing food and other items. There was a plaza, or open area, in the center of town where feasts and celebrations took place.